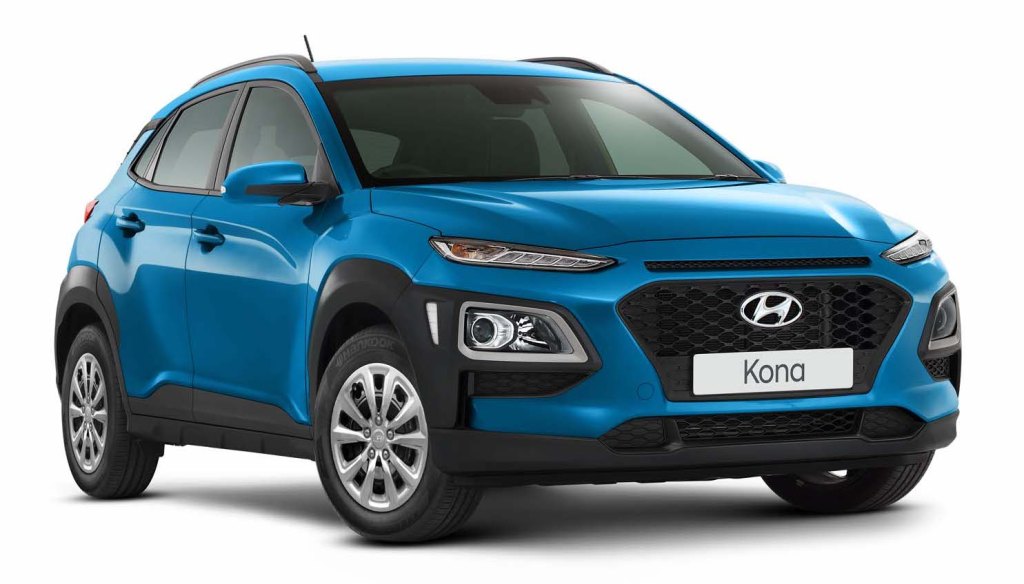 Sometimes two vehicles by the same manufacturer arrive back to back here at car-testing headquarters, as did Hyundai’s Kona and Genesis recently.  We deliver you, now, therefore, reviews of both.

Despite being dubiously marketed as an “SUV” – it’s more a four-door hatchback – the Kona delivered an SUV’s toughness and can-do flavor matching and even besting its rivals, the Honda CRV and Mazda’s CX-3, or even the Nissan Kicks. For its base price of around $20,000 for the base trim, you get plenty of goodies you’ll want and need, such as advanced safety features and a 7-inch touchscreen with Android Auto and Apple Car Play. Equip the vehicle with an optional turbocharged engine and it’s positively zippy, fun to drive and takes corners with aplomb. It’s also got a lengthy warranty, so you’re covered down the road, so to speak.

The 2019 Hyundai Kona is a five-passenger subcompact crossover SUV coming in four trim levels: SE, SEL, Limited and out tester, the Ultimate. The SE and SEL models get their juice via a 2.0-liter four-cylinder engine (147 horsepower, 132 pound-feet of torque) mated to a six-speed automatic transmission. The Limited and Ultimate trims deliver a turbocharged 1.6-liter four-cylinder (175 hp, 195 lb-ft) coupled with a seven-speed dual-clutch automatic transmission. It’s standard front-wheel drive, making it good for quick blastoffs, but all-wheel-drive is available optionally, and also delivers a better rear suspension and a lockable center differential, which you’ll appreciate in the event you go offroad or encounter snow. 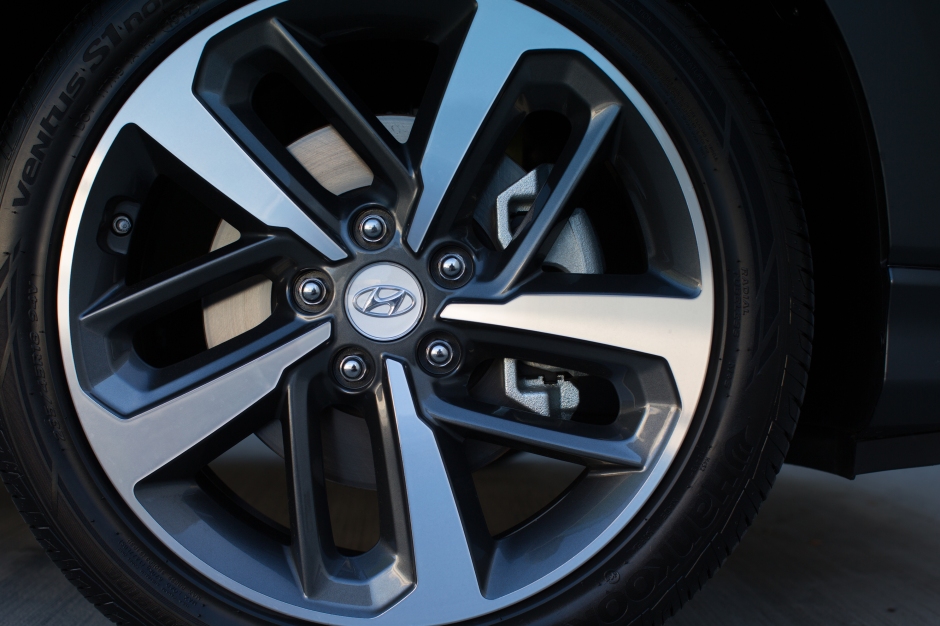 It doesn’t have the best brakes we’ve ever stamped on, but its handling and acceleration are above average in its class. Our tester’s lane-keeping mechanism worked when we kept our hands on the steering wheel, but this car just plain loves to beep at its occupants like a nervous Grandma, and that got old. Comfort-wise, you’ll do fine, though on long rides you may need to take a road break now and then to relieve your posterior. Controls are all within easy reach, simple to use, and well-marked. Though there is a generous helping of plastique within the cockpit, visibility is excellent and there’s an ok amount of room for the big and tall, unless you’re talking over 6’2, or above 300 pounds. The back seat fits three, say the press materials, but we say that’s true only if one of the passengers is a small dog. Two is the max, especially over long trips.

We put over 300 miles on the Kona, and really enjoyed it despite its relatively minor shortcomings, and recommend a test drive.

Reviewers have been falling all over themselves in praise of the Genesis, calling it an affordable answer to BMW sedans. While we enjoyed our week’s test of the speedy, relatively upscale G70, it’s a stretch to compare it to the German automaker. True, the Genesis does have an attractive body, with sweeping lines and a fast-while-stopped look to it, but it’s ever-so-GM and Dodge within. Put it this way – the G70 shares its platform with Kia’s Stinger. We’re not there yet, guys. 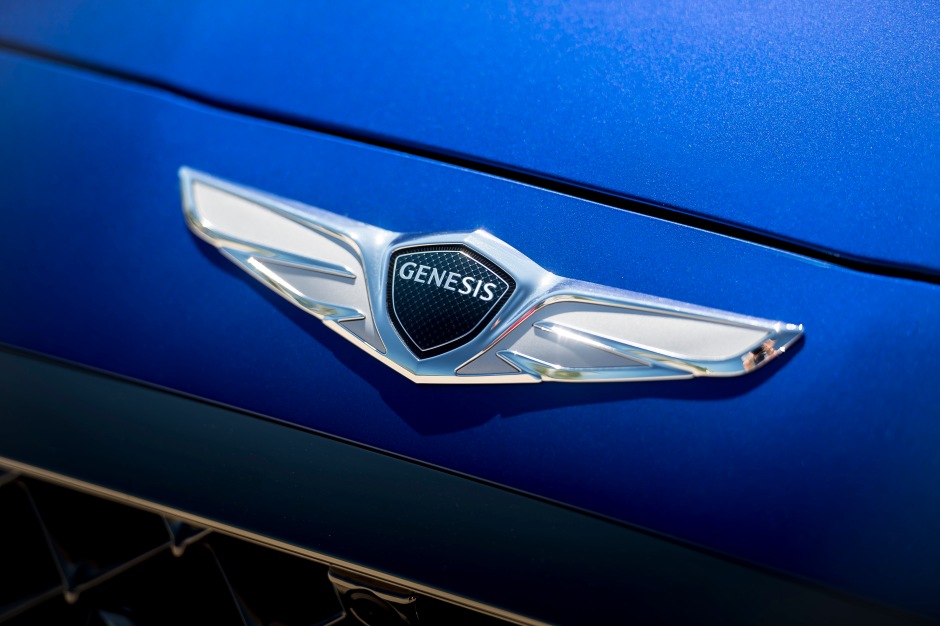 That’s not to say we didn’t enjoy pushing the G70 around town for seven days, making its tires roar around sharp corners and smashing the brakes just to see what they could put up with. The G70’s available with either a turbocharged four-cylinder or an optional twin-turbo V-6 that shoots power either to the rear or all four wheels. 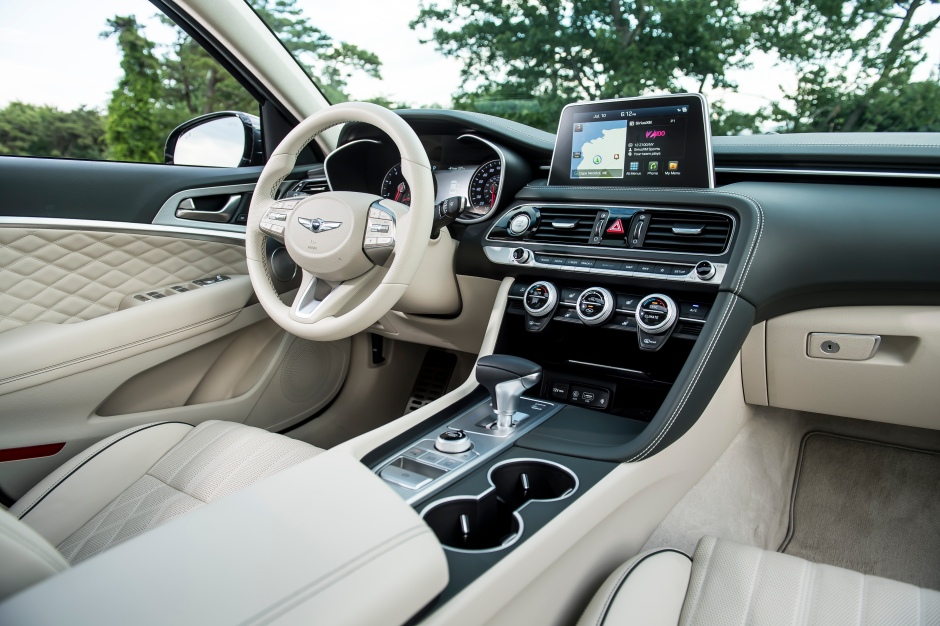 There are also other, larger Genesi available, the G80 and its big brother, the G90. With the optional sport package, you’ll receive a mighty-mighty 365 horsepower, twin-turbo engine but also performance upgrades (stronger brakes, stickier summer tires, and lots more) and premium enhancements. All-wheel drive will cost you another $2,000.

What it’s got going for it above all is a sweetly balanced and solid feel to it, and this is where one might compare it to BMW. Bumpy roads were smoothed and cornering took every bit of velocity we threw at the car with no problem. Adaptive dampers allow you to tighten up the ride as you feel to, and the connection from steering wheel to road is pleasingly alert. Drive modes let you dial it up or down to your heart’s content.

Brembo brakes are every bit as ferocious as the name implies, and that gets us closer to the Germans. Mileage is decent at 22 MPG city, 30 highway. Your backseat seats three but not really. The car also has that lane-keeping technology, we really appreciated it – and it beeps less.

All G70s are outfitted with a standard touchscreen infotainment system sticking out from the dash. Others have complained about the nav-temperature-sound system rig, but we had zero problem with it and appreciated both its cartoonish countenance and its ease of use. Another plus is the relatively generous trunk – while you won’t fit a whole band in the car, you’ll do fine if you’re a couple with one kid and a dog.

The G70, despite a few gripes, was and is a solid vehicle, worthy of inclusion on any list of 2019 sedans you’re perusing.

iThere are no comments

Begin typing your search above and press return to search. Press Esc to cancel.